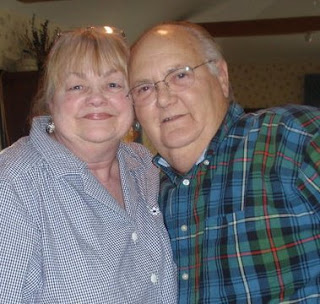 On August 11th, Heaven received a new cowboy into its realms.  My grandfather passed away around 5:02 that evening, and it was one of the most beautiful things I have ever seen.

My grandfather, or as I liked to call him G-Pa, has always been an inspiration to me.  He started his own heating and cooling business back in the 1970s.  He was a strong willed, sweet, funny and gentle man.  He always told us kids that he was a cowboy and that he used to chase indians when he was younger.  When my brother and I were younger, we made a garden with my parents.  My dad snuck some indian arrowheads in the dirt so as my brother and I were digging around to create our garden, we discovered the arrowheads.  Dad told us that we must have found an indian burial ground and of course, we believed him and I remember going to tell G-Pa about it, and how excited for us he was!

My grandpa was also a big time racer and into his cars.  He LOVED anything with wheels, especially if it went FAST.  Growing up, we would all go out to the local race tracks and watch Grandpa and his team drag race.  Those days are some of my best childhood memories.

As I ventured into high school and then college, my grandpa always expressed his concern for my future.  He wanted to know all the details, and he would offer me advice on my current endeavours.  He was always full of such wisdom.  When I graduated college, he and Grandma were there.  He was on peritoneal dialysis at the time and the fact that he made that 850 mile roadtrip for me made me feel so incredibly loved.

When G-pa met Eli, he instantly fell in love.  I could see it in his eyes.  Eli is his first great-grandson.  I am sooo thankful that they got to know each other.  Even in his crazy toddler busyness, Eli always would give G-pa a kiss.

A couple years ago, Gpa went on hemodialysis.  Together, him and Grandma learned how to do the hemodialysis at home.  There were good days and there were bad days.  His health has been an on-going battle for a number of years now.  But he always managed to show ya his infectious grin every time you walked into thier home. 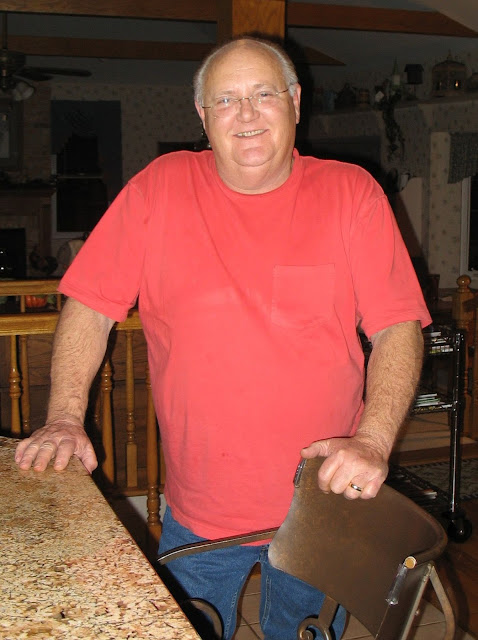 Now I get to the hard part, in which the tears will flow as I type.  The last week of July, Gpa was not feeling well and ended up in the hospital.  He had cellulitis and blood work showed that he had no white blood cells.  After a few days of test, it came back that he had Aplastic Anemia.  Aplastic anemia is a disease of the bone marrow.  Basically, his bone marrow stopped making red blood cells, white blood cells and platelets.  Without red blood cells, you become anemic and your organs become deprived of the much needed oxygen rich blood.  Without white blood cells, your body cannot fight infection.  Without platelets, your blood cannot clot to prevent excessive bleeding.  So as you can see, aplastic anemia is a very serious disease.

Atgam is the only treatment option for Aplastic Anemia for someone of Gpa’s age.  The doctor ordered a test dose to be performed and as long as he had no reactions, the full treatment would be administered.  The test dose was performed and he did fine.  The next day, he was given a 4 hour infusion of the Atgam and did fine during the infusion.  However, an hour after the treatment was finished, his temperature skyrocketed to 103ish and he was rushed off to the ICU.  He had an allergic reaction to his only treatment option.

The next day, his children, my grandma, my mom and I met with a doctor to discuss what to do.  We all knew in our hearts what this conversation was going to sound like.  Sitting in the conference room, I listened to my sweet Grandma, (who is like a second mom to me.  I can’t even describe to you how special she is to me!), give this monolouge on how she is willing to give her husband to God, if that’s what His will is.  I broke down.  What an amazing example of a real, genuine, strong faith in an awesome, awesome God.  Her words flowed out, so heartfelt, that I knew God was really working in her heart.  And this is where the whole story started to become something beautiful.

G-pa became decreasingly alert as his hospital stay extended.  While in the ICU, he would squeeze your hand and sometimes mutter out a few words.  I will forever cherish the words he muttered to me “hey baby” when I greeted him with a kiss the first time I saw him in the ICU.

The decision, although extremely hard, was made by the family to take him off of dopamine (an iv medication to maintain blood pressure), to stop all life sustaining medication and also to stop dialysis. We all knew in our hearts this is what he would want. He was then moved back to a large, comfortable room (instead of the stuffy icu room which can only have 2 people in it at a time).  While he was being moved, most of us went to dinner, but Gpa’s Uncle Tom stayed with him.

Now enter our precious, precious friend and pastor, Jeff, to the story.  He holds such a special place in our family, and him and Gpa had a very special relationship.  They could relate to one another in the battle against thier health.  Jeff, one year ago in June, nearly lost his life to liver cancer, and at the last minute, he was blessed with a new liver.  While we were all away at dinner, Gpa became alert.  More alert than he had been during the entire hospital stay.  He and Jeff talked about how bad it was, and that he may not make it.  The way Jeff told us all the story was just amazing.  Jeff asked Gpa about his salvation, and Gpa replied “I’ve always tried to be a good man.” Jeff reminded him about the only one and true Good Man that can give us eternal life in Heaven.  That night, Gpa prayed the prayer for Jesus to live in his heart.  I know that my grandpa always believed, but to know, in those final days that he gave his life to Christ, was such an amazing feeling. We knew our time of mourning was coming, but that night, we celebrated his decision!  It gave all of us closure, and especially my Grandma, to know that this is not goodbye forever; it is merely a “see ya after awhile.”

That night he was alert enough to visit.  He was even watching tv!!  We are big smoochers in my family.  We all kiss each other to greet and say goodbye.  That was the last night that my Gpa gave me a kiss.  It was just so sweet.  That night, Grandma climbed into bed with Gpa, they cuddled and had some time together.  It was yet one more thing to give her closure.  It was amazing the feeling of peace that overcame the entire family after that night.  We knew we were losing him.  But there is a different kind of peace we all felt knowing that this was not goodbye forever, and that we had all had an opportunity to find closure.  Not everyone is so lucky to have that with the loss of a loved one.  And we are so thankful that we were blessed with that opportunity.

Over the next few days, family stayed at his bedside 24/7 as he slowly slipped away.  We played worship music at his bedside.  His sons watched westerns with him at his bedside (remember how Gpa was a cowboy?!).  Grandma rarely left his side.   The family prayed together and cried together.  We embraced each other.

I spoke to the nurses often and got to know quite a few of them who were such a blessing to our family.  They said it was amazing to see the amount of love in that hospital room.  And they are right.  We are so blessed to have such an amazing family that loves each other so much.

On Saturday around 5:02, Gpa opened his eyes and we all surrounded him.  It was as if he was seeing something that we couldn’t see.  I wonder if he was seeing Heaven.  Grandma took his face in her hands and gently said to him “Go honey.  Go home.  Go be with Jesus,” and in an instant, he was gone.  I truly believe he was waiting for Grandma to tell him to go.

My Aunt Miki, Gpas daugther, has her own blog and wrote this about that moment and it captures the moment so beautifully.

My Dad went home to Heaven.

I closed his eyes.
The room that had been so full of anticipation and tension, was quiet. It’s like the calm and peace had hit us all. it’s like you could finally breathe. It was beautiful.
I had not experienced that before. The final moments before and after- what we call death. It is nothing to fear. It was not scary like in the movies. It was peaceful. It was beautiful. It was the ultimate proof of a spirit, a soul. A soul that was leaving a place that could no longer hold it…
If you haven’t been there with someone when they pass away… and you don’t believe that there is an after life. A place called Heaven…. if you had this experience- a believers death. You would see the love, peace and beauty that is in it. The process after for the living- makes you feel like your broken open to the core of your heart. I know that when you feel that broken it’s in that time when you can allow God’s healing hand to do it’s work.
She writes so beautifully.  And I love the words she uses to describe this moment: a believers death.  Within moments after his soul left his body, my family was in prayer, thanking God for his amazing life, for blessing each of our lives by him, and thanking Him for the gift of eternal life.  It was prayerful.  It was worshipful.
It was beautiful.
His visitation, service and burial were beautiful as well.  At his visitation, I was in awe of how many lives Gpa had touched.  I was beginning to wonder if there was anybody in St. Louis that he didn’t know!  Everything about his service and burial was perfect.  I mean, perfect.  We cried, but we also laughed while sharing stories because he brought so much joy into our lives. 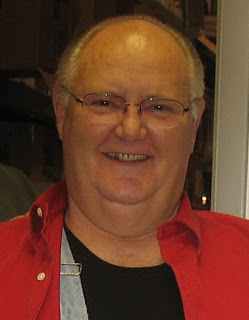