4 months ago, our lives changed as our sweet little Emma entered the world. 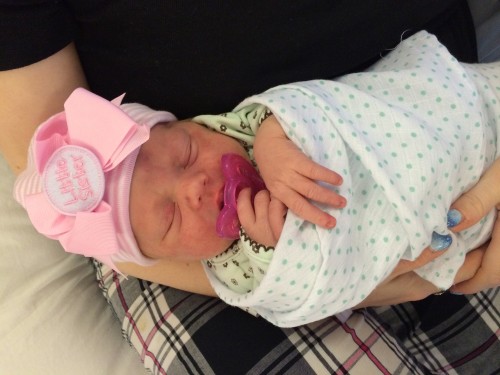 As most of you know, I suffered from postpartum depression and severe negative body image after the birth of my son.  I struggled physically, emotionally and spiritually and I slipped away from my God.  I didn’t leave him completely, but I was upset with the birth experience that I had; the way my body didn’t cooperate during delivery; the way it didn’t cooperate with breastfeeding; the way I gained excessive weight from pre-eclampsia… I hated my body.  I loathed it because it didn’t do what it was designed to do! For nearly 2 years, I suffered from depression, questioning why God allowed this to happen to me.  I now know why He allowed it to happen.  He saw me through it.  He opened my eyes and brought me out of that dark place.  I have since been able to help many women who have suffered from postpartum depression and negative body image.  It amazes me how God can take my brokenness and help others!

Oh how I let the devil creep in and grip me with fear!!  I was so afraid that if I didn’t get the delivery I wanted so desperately that I would slip back into that depression I had so sadly experienced 4 short years ago.

But God had a different plan.

I had a very healthy pregnancy. I had done everything right to have a vbac.  I only gained 21 lbs.  I was healthy!  I worked out up until I was 32 weeks when I had to stop because of my head injury.  In my last month of pregnancy, I was able to go hiking, and my family and I hiked 3-4 miles a couple times a week.  I was determined to walk this baby out!  I hired a doula for my delivery.  I had done it all.  But I was fearful that I had done it all for nothing, and I began to feel defeated.

I was scheduled for an induction on December 4, 2014.  On December 3rd, I was literally freaking out about being induced.  I was talked off the ledge by my mom, my best buddy who is a doctor (so thankful for that!), my doula and 2 other really close girlfriends.  I wanted someone to tell me what to do and to take my anxiety, but of course, the only one that could make the decision about being induced was me.  And the only one who could take away my anxiety was God.  I knew what I needed to do, but I just couldn’t do it.  I couldn’t cast my anxieties on Him.  I wanted so badly to be in control.

I went to church that night for small group and just felt so down and defeated.  Our small group prayed for me that night.  I went home, but still had this aching in my heart.  Was being induced tomorrow the best choice?

When we got home, I began putting final touches on my Elf on the Shelf Jesus Style series.  I had pandora playing in the background and wasn’t paying much attention to it.  But then a song came on and I felt led to pause pandora and look up this song on youtube.

As I listened to the lyrics, I began to sob.

All the bitter weary ways, the endless striving day by day, you barely have the strength to pray in the valley low.

And how hard your fight has been.  How deep the pain within.  Wounds that no one else has seen.  Hurts to much to show.

All the doubt you’re standing in between and all the weight that brings you to your knees.

We may faint and we may sink.  Feel the pain and near the brink.  But the dark begins to shrink when you find the one who knows.  The chains of doubt that held you in between, one by one are starting to break free.

The dark did begin to shrink as this song played on.  It is hard to explain, but I received peace that only He can give.  Weeks of anxiety that had been building up towards the end of my pregnancy vanished.  I was at peace.

3 hours later, I went into labor. 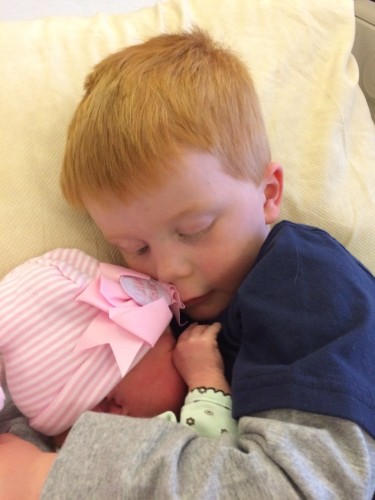 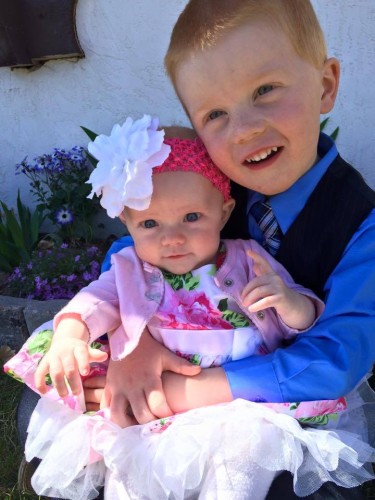 My heart is so full and my God is so awesome!!!!

Do you speak to yourself as though God is standing beside you?
Lads and Ladies of Wisdom: Curriculum Review and Giveaway