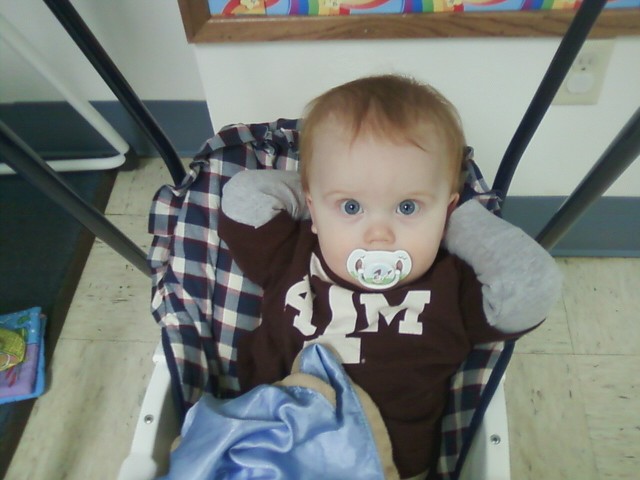 You’ve all seen Little E hanging out around these parts.  He often frequents the blog.  Because let’s face it, Mommy can’t help but share his cuteness with the world.  He is the cutest little red head…ever. Period.
And who could ever fail this sweet little boy?  *raises hand*  Ahem.  First time Mommy here.
I have had my share of epic mommy fails…just saying. 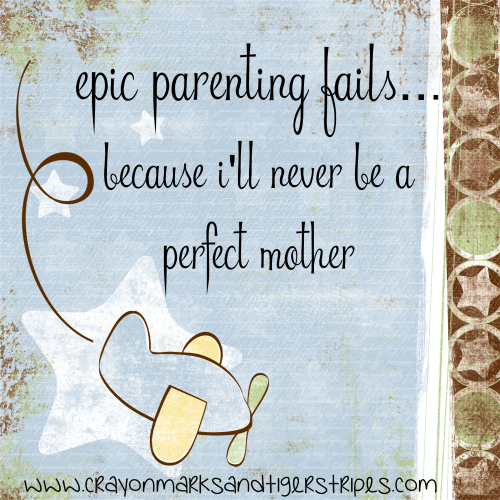 Parenting is one of the most difficult, most fun, most-patience-testing, most inspiring, most exciting, most joyous adventures I’ve ever been on.  I love every second of it.  Hopefully our son will forgive us one day for our epic parenting fail moments.  Until then, here’s my top 5 parent fails…so you can know that you are not alone…or that you are better than me 😉 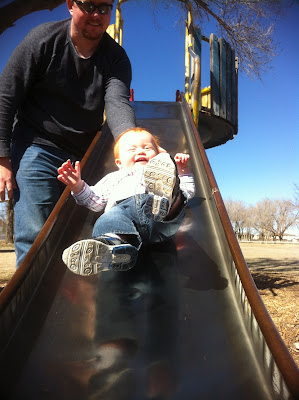 Epic Fail #5- Not realizing that maybe we weren’t quite ready for the big kid slide.   We were at the park playing and seeing as he mastered sitting quite some time ago and is walking pretty well, we thought he could certainly sit upright while sliding down the big kid slide.  Well, go figure, as soon as Daddy took his hand off E’s back, he went straight to his back and then managed to turn so that by the time he got down to me, he bonked his forehead off the edge of the slide.  And then the tears flowed.  Ok, so we weren’tquite ready for the big kid slide. 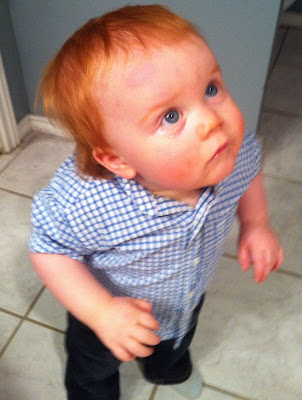 Epic Fail #4- Tripped my kid.  It was an accident!! He tripped over my feet and face planted into the door.  He screamed bloody murder as a giant knot formed on his sweet foreheard.  I cried too.  I felt so bad! I know its only the first of many bumps/bruises/wounds he will get, but still, I balled right along with him. 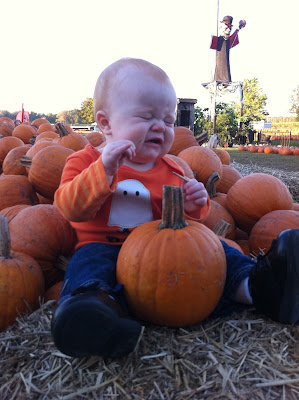 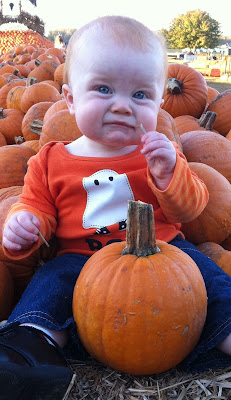 Epic Fail #3-  Let him eat straw.  E was 9 months old for his first Halloween.  This is at Rombach’s Puh-kin Patch in St Louis.  I didn’t stop him from putting straw in his mouth because his yuck face was absolutely adorable and I wanted a picture of it.  Then he gagged on the straw.  So maybe I should have taken the straw away from him sooner and worried less about capturing the “yuck face…” 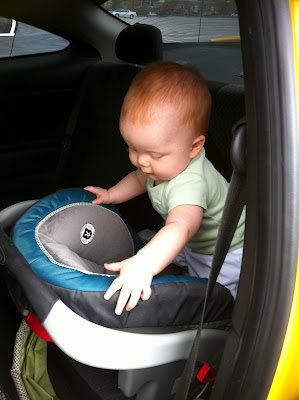 Epic Fail #2- Not buckling him in for a 30 second drive.  Ok, so this a two-for-one deal.  We were in St Louis visiting family and I was shopping in this little shopping mall.  I didn’t want to carry 9 month old E to the next shop (I didn’t have the stroller with me- oh, that’s another fail!) so I thought I would just drive the 30 seconds down the parking lot to the next store.  I placed E in his carseat and thought he would be fine for those 30 seconds without being fully strapped in the seat.  When I parked, and went to get him out of his seat, this is what I saw.  Oops.

Second car fail (which is really one of the funnier fail moments)- I was with my Mom and we were taking E to my cousin’s house so she could babysit for me while my Mom and I went out for some girl time.  My cousin lives down the street.  Literally.  Like right down the street from my parents.  It’s a 20 second drive and the road curves.  So I thought I would just hold E in my lap while Mom drove us down there.  As we are driving, Mom and I joke about how bad of a parent I am being and that it would be hilarious if there was a cop on our street on that 20 second drive.  The chance of that happening was so slim! I mean, seriously, the distance between their houses is 0.4 miles. So off we go.  We round the corner and lo and behold, there is a COP! AHHH! Not funny (at least not in the moment!) My heart starts to race and I toss… launch… set Eli onto the floor so that the police officer won’t see him.  E starts screaming cuz I startled him.  Mom’s window is down so I better hope that cop is deaf! And did I mention the speed limit is 25 mph! Oh my gosh, 25 mph has never felt so slow.  We get past the police car and turn into my cousin’s driveway. Mom and I look at each other, then look at E (who is still in tears), and start laughing hysterically!  There was no way that could have just happened!!! But it did.  Let’s just say after that incident, I always take the time to buckle him in.
(please note- I strongly believe in seat belts and the only times I have not buckled E in was a few times for 30 second drives in a parking lot or down the street in a neighborhood…don’t judge!  You know you have done it too!) 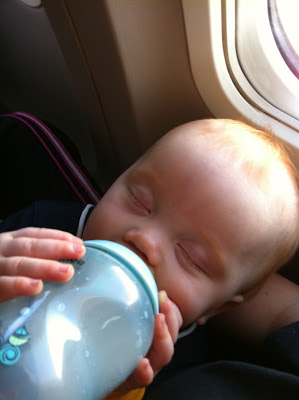 And our #1 parent fail- lack of bottle knowledge I breastfed until E was 5 months and I wish I could have gone longer, but my body just couldn’t keep up.  So around 5 months, E became a formula baby.  I didn’t have much experience with bottles, but I really liked the Tommee Tippee bottles because in the first few weeks after E was born, I had to supplement with formula until my body finally started producing milk.  The Tommee Tippee bottles are wonderful for breastfed babies because the nipples resemble a moms breast.  E had no problem going back and forth.  Well, when E was about 8 months old, I noticed that he was taking FOREVER to finish his bottle and we would joke that he was “savoring” his milk.  My friend Emilee was watching E for us one night while Dr. Hubby and I went out on a date.  When I picked him up, she told me that she noticed he took forever on his bottle and that there was a number 1 on the nipple.  She asked if I had moved to the next stage nipple yet.

Wait.  What?  There are stages for bottle nipples? Uhhh. 😐 He was on stage 1 and should have been on stage 3 at this point.  I had no idea! (although that makes perfect sense!)  As soon as we switched the nipple size, he gulped that milk like there was no tomorrow and there was no more “savoring.”  Dr. Hubby and I  could not believe we hadn’t thought of that.  I am proud to say E is now on sippy cups and only because I had to cold turkey him.  I tried to make it a gradual change, but he was a fighter!   Sadly, he only got to properly enjoy his baba’s for a short time.  Epic. Parent. Fail.

So there are my epic parent fail moments.  Hope you laughed at my expense and that perhaps you now know you aren’t alone.   This is only 5 epic parent fail moments, and there have been many.  Like how about the first time we took E out of the house and totally forgot the diaper bag.  Or just a few weeks ago, when we went to a taste testing event and forgot E’s bib. Or taking him to Mothers Day Out and forgetting his bottle.  Or leaving my keys in the diaper bag that my husband left at Mothers Day Out and having to bike to church to retrieve said keys so that I had a car with a carseat in it to take him home in….

I’m not a perfect parent, but I do what I can to be a good mommy.

Linking up over at Listable Life!