Yesterday we spent all day at the St Louis Zoo with my sweet cousin Mandy and her adorable 3 month old, Emery, followed by an evening of shopping with my mom! So I am a day late, but here is this weeks LISTABLE LIFE:

6.  Office Work- My grandfather owned his own heating and cooling company for many, many years.  At the ripe old age of 13, I started working over the summers at least 3-4 days a week doing office work.  Most of it was spent filing paperwork.  Exciting, I know.  But I believe my parents and grandparents did me right by letting me start working at that young age because it certainly taught me the value of a dollar. 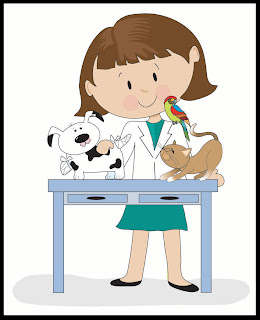 5.  Vet Assistant:  At 14, when I could get my workers permit, I continued to work at my grandfathers office during the summer, but during the school year, I would work at a local vet office as well. I was the one that walked the dogs and cleaned the exam rooms.  But I was also the one that got to assist with many surgeries and procedures.  It was not a very glorious job and at times it was extremely sad when people were there to put their furry friend to rest.  I wasn’t particularly fond of this job so that leads me to my 4th job…

4. Jakes Pizza Shop -Phone answering/pizza making chick–  At 15, I got yet a new job at my high school sweethearts daddy’s pizza shop.  I enjoyed working there. It’s amazing that I didn’t gain 7 million pounds because I was constantly eating, eating, and eating while I worked.  Lucky for me, I had the most amazing metabolism ever  known to man when I worked there.  Where did that metabolism go?  I really wish it would come back 😉  Oh and when I was 18, I worked at a pizza place called Gumbys in Columbia Missouri for like 1 week.  Just to get a t-shirt with Gumby on it.  After I got the t-shirt, I quit.
I’m awful, aren’t I? 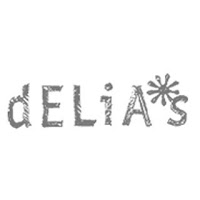 3.  Sales associate to manager–  From 16-20, I worked at a clothing store in the mall called Delias.  Being the teenage girl that I was, I thought it was awesome that I could work there and get a huge discount on clothes.  I figured I could use clothes more than I could pizza.  When I was 19, they offered me a position as a manager.  I jumped on that boat and was able to get myself a new car and pay for alot of my college expenses myself.  If you know anyting about retail, then you know it sucks.  And sometimes it sucks really bad.  I used to kid that that the entrance of the store was actually the gates of hell. Ya, it was that bad. It became a really terrible environment to work in.  The 3 other managers I worked with were awesome, but they eventually moved on and left me with one new manager whom happened to hate my guts.  I am really unsure of why she hated my guts, but she was downright mean to me.  She completely treated me like I was scum.  Eventually I confronted her and threatened to quit without giving 2 weeks if she didn’t straighten up her act and start treating me as her equal.  I know there are always going to be people in the workplace that are difficult to work with, but I had never encountered people as mean as she was.  I was good at what I did and I actually was top manager for like 10 months in a row before I quit because I worked my booty off.
I will NEVER work retail again. Ever. 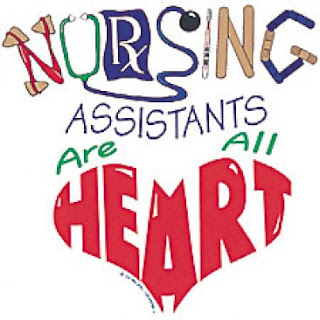 2. Certified Nurse Assistant-  In Missouri, I was called a Patient Care Associate.  In Texas, I was called a CNA.  You all know who the CNA’s are: the one that helps patients with the routine care we take for granted until we are sick and can no longer do it for ourselves.  I was studying psychology at the time and found myself loving more and more of the physical/medical part of psychology so I thought I would try being a CNA to see if I wanted to change career paths to nursing.  I started out at a hospital here in St Louis as a patient transporter, taking patients from point A to point B, just to get my foot in the door.  About 8 months later and after going through a CNA program, I transferred to the oncology floor as a Patient Care Associate, and I fell in love with the idea of being a nurse.  I LOVED caring for people, especially terminal patients.  I had many a conversation with those oncology patients about death.  And you know what?  I feel like that is my calling.  To work with terminal patients: all because of working as a CNA on that floor. 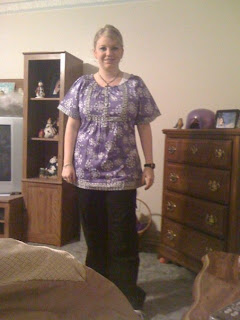 1. Registered Nurse-  This was me 3 years ago on my VERY first day of work as a graduate nurse.  I had been offered a job on the OB floor as a nursery nurse during my internship. Whoohoo for me!  One month later, I would find out I passed my NCLEX (boards) and receive my nursing license.  It was the most amazing feeling of relief to know all that hard work had finally paid off and I was officially an RN.  I worked in the nursery for 2 years.  It was very hard because it is such a specialty area, but also rewarding. Working in a rural hospital is not like your typical big hospital.  We did not have a NICU.  I was often times the NICU nurse until the NICU crew from an hour away could get there.
Sometimes it was very scary, but I learned so much from that experience.
From the beginning of nursing school, I have felt like my calling is to work with terminal patients- either oncology or hospice.  I really have a heart for both and I really hope the Lord leads me into one of those career paths when we move.  I absolutely love being an RN!
My current occupation is:
Stay At Home Mom
(and it tops the list! It’s my favorite job EVER!) 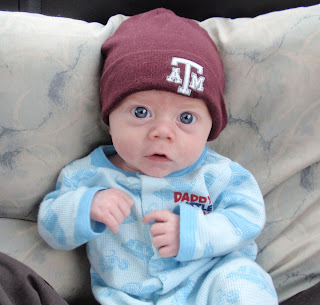 An oldie but a goodie.  My favorite picture of Eli when he was 2 months old.