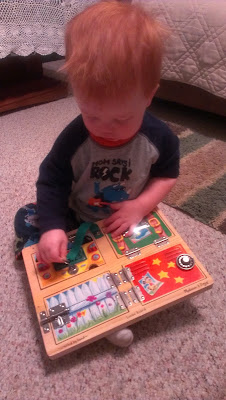 Ahh, if only there was a button that flashed green to confirm we are being “competent parents” and a red button to tell us when we are doing something wrong.
But alas, there are no buttons.  Our only hope in parenting is trusting in God to lead us as parents.
And pray.
Alot.

If you are a parent, what have you found that has worked for you and your children as far as discipline goes?  What parenting style do you pursue?  What’s your opinion on spanking? (keep it civil, people!) Share in the comments!

{Monday Runday} No one nearly died this week!
{Made 2 Crave} I could never give up that!!