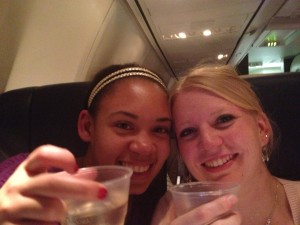 Having some celebratory wine to start our trip!

It’s only a little over a month later and here I am FINALLY starting to share with you what happened in Orlando.  You remember that 1/2 marathon I ran?  My very first one?  Oh ya, I know it was a long time ago, but try to remember…. 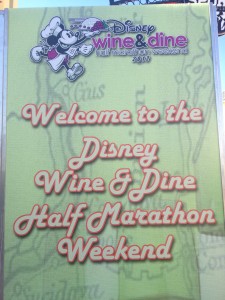 ahhh this is happening!

There is no way to fully describe to you how much fun a Disney race is.  If I could run through Disney every day, I would.  It was that much fun!  The entire weekend was a complete blast.  We started off with some celebratory wine on the plane, after all, we were heading to Disney’s WINE and DINE Weekend!  I hadn’t eaten supper yet and had wine on an empty stomach.  That plane ride came with a little buzz.  Don’t worry.  I didn’t stumble off the plane 😉

We spent all day Friday running around the parks.  We pretty much picked 2 rides in each park and speed walked the entire day.  I do not recommend attempting 3 Disney parks in a 12 hour period unless you have our mad skills.  We had so much fun that day, but we were EXHAUSTED by the time we got back to our hotel!

Ahh the castle, my dream home 😉

The tree of Life

The parks were all decked out in Christmas!

Fantasmic- A MUST see show! 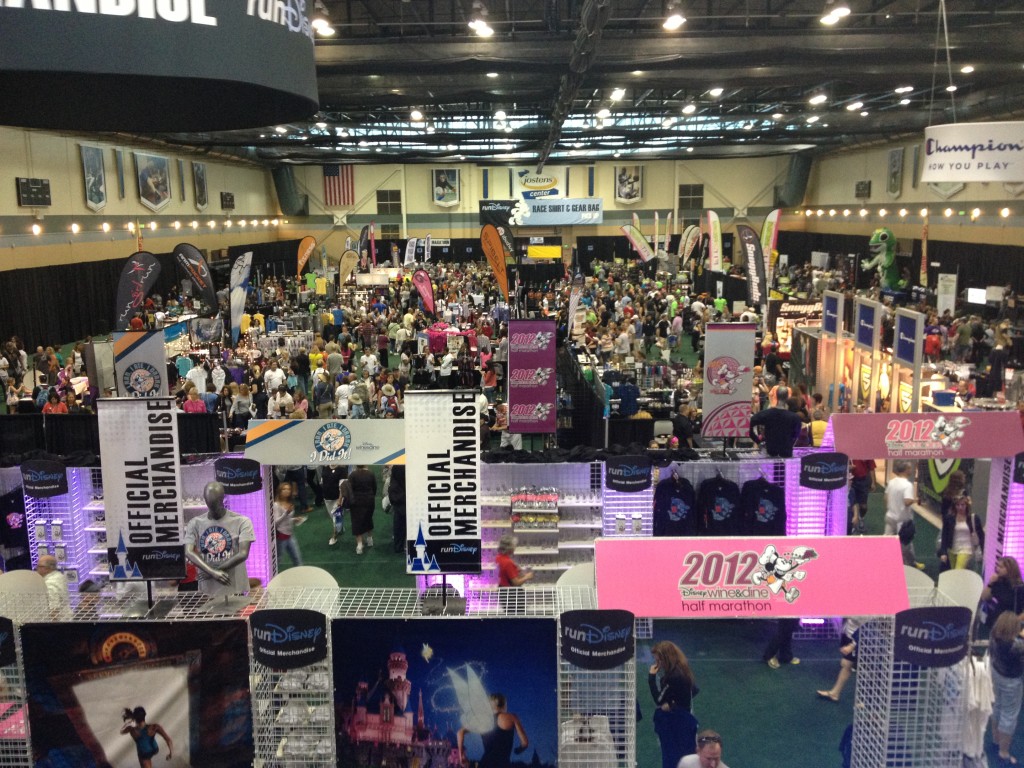 The running expo was BRILLIANT.  We spent a few hours in this place, trying out different products and googly eyeing over all the Run Disney products.  I had no idea  a running expo could be so much fun! 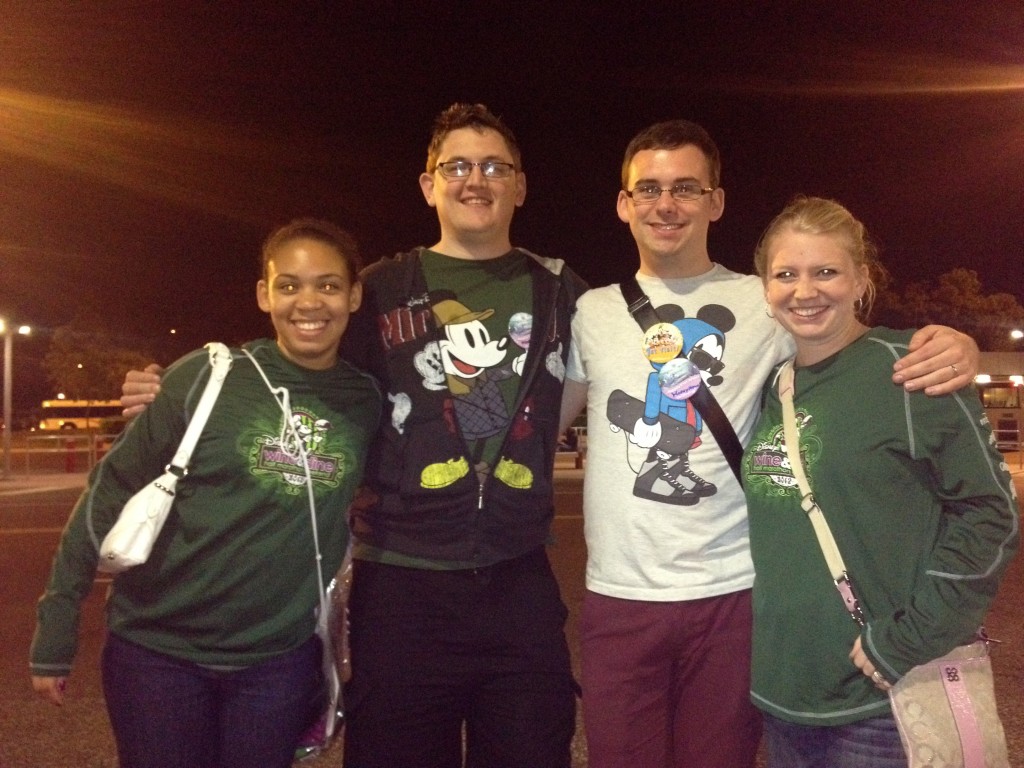 A sweet british couple that was staying at our hotel. We LOVED hanging with them. They were hilarious!

Speaking of brilliant, we met this very sweet couple that were staying at our hotel.  (yes, couple- DISCLAIMER because I blog about faith so often, I feel you should know-My faith teaches me that this lifestyle is not Godly, and I agree with that; however my faith also calls me to love and not condemn nor judge.  I wish more people in this world would do the same thing.  Love others- regardless of if they are different! )  Anyway, we took all of our shuttle trips to and from the parks with them. They were absolutely hilarious.  They were visiting from their hometown London, and they used the word brilliant so many times that Taryn and I became jealous, and then tried to use the word brilliant as many times as we could that weekend.  It was like being in a Monty Python movie when we were with them.  They were incredibly BRILLIANT!

The Stoner aka the Hulk

After being stoned during the Hulk Ride

On Sunday, we went to Universal Studios Islands of Adventures on 5 hour energy drinks because we didn’t go to bed til 5am the night before.  The Hulk was a rather painful experience.  It was threatening to storm so we wanted to ride the Hulk before the rain hit.  We rushed to the green coaster and hopped on.  As we shot out of the tunnel, we felt only pain.  Pain of little icy raindrops (or maybe pebbles) being thrown at a million miles per hour at our face.  Why, oh why, was the ride still allowed to go in a downpour?  After we got off, we had to take a few moments to recover.  And of course, as soon as we got off the coaster, it stopped raining.

The real reason we went to Universal was to satisfy my obsession with Harry Potter.  Sadly Taryn has not read the books and only seen one movie (I told her she was really missing a vital part of the human life experience!), so she didn’t quite share in the bouncing up and down excitement that I was feeling.  But she was a good sport.  Hogwarts was an INCREDIBLE ride, but my favorite part of the Wizarding World of Harry Potter was when we were at the beginning of the “Flight of the Hippogriff,” and Taryn and I both waved to Buckbeak, a robotic hippogriff.  Taryn looks at me “Why did we just wave to that?”  “I DONT KNOW!” and we both died hysterically laughing, and totally missed the ride because we were both laughing so hard that we couldn’t see through our tears…

We had SOOOOOO much fun!!!!  I definitely enjoyed my girls weekend away!

On next week’s Monday Runday, I will share with you the official race recap!! 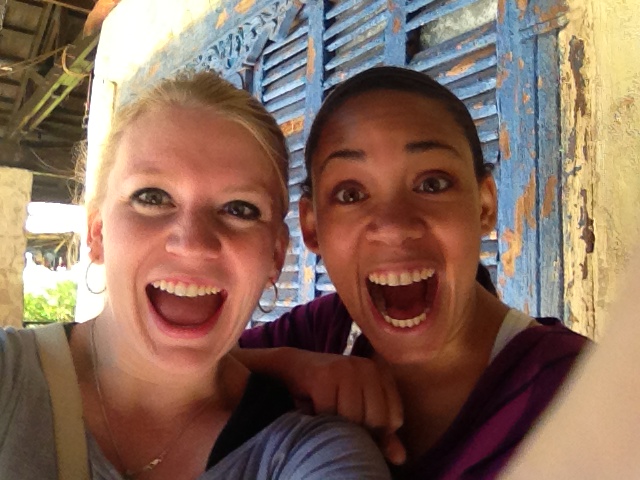 This pretty much sums up our emotions for the entire trip!