Yesterday’s blizzard made PERFECT snow for a snowman.  So we thought we would take E out to play in the snow and build a snowman, which he was very excited about.   Until we stepped outside.

Then it became an epic fail.

At least for E.

Mommy and Daddy had fun. 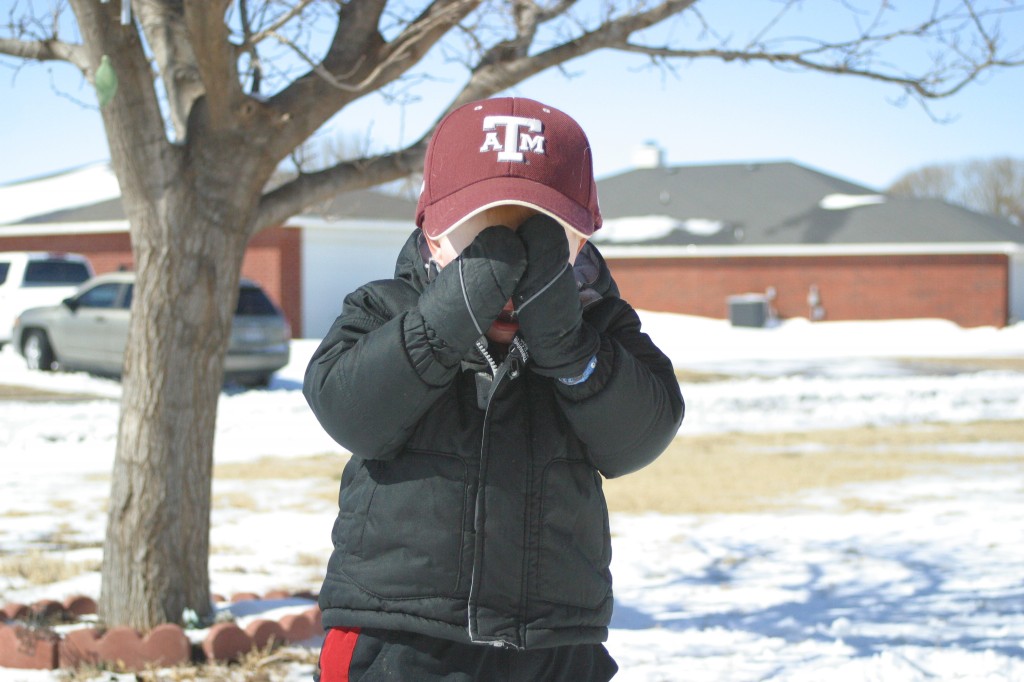 It took a bit for E to adjust to the brightness of the snow.  I had to coerce him out from his mittens.  I offered him sunglasses but he was to mad to respond with anything else but NO!  I offered him my hat, which was also followed with a big NO!  Eventually he decided it would be good to wear a hat, but only because it’s daddy’s.  Daddy’s hats are much cooler than Moms.

We were only outside for about 30 minutes, and E spent most of his time finding something to be upset about. 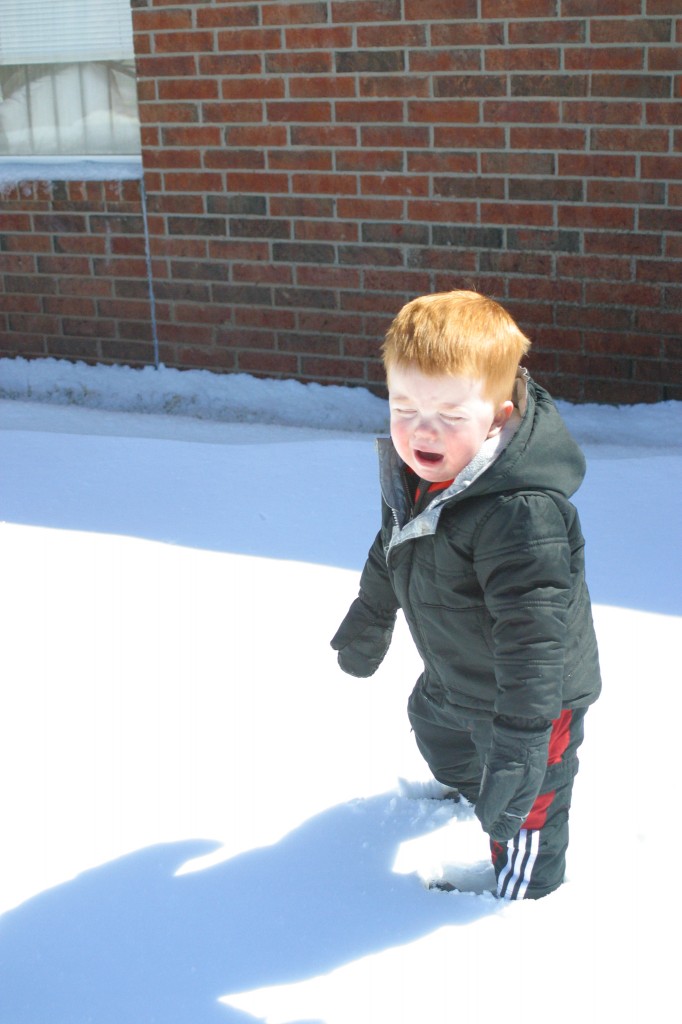 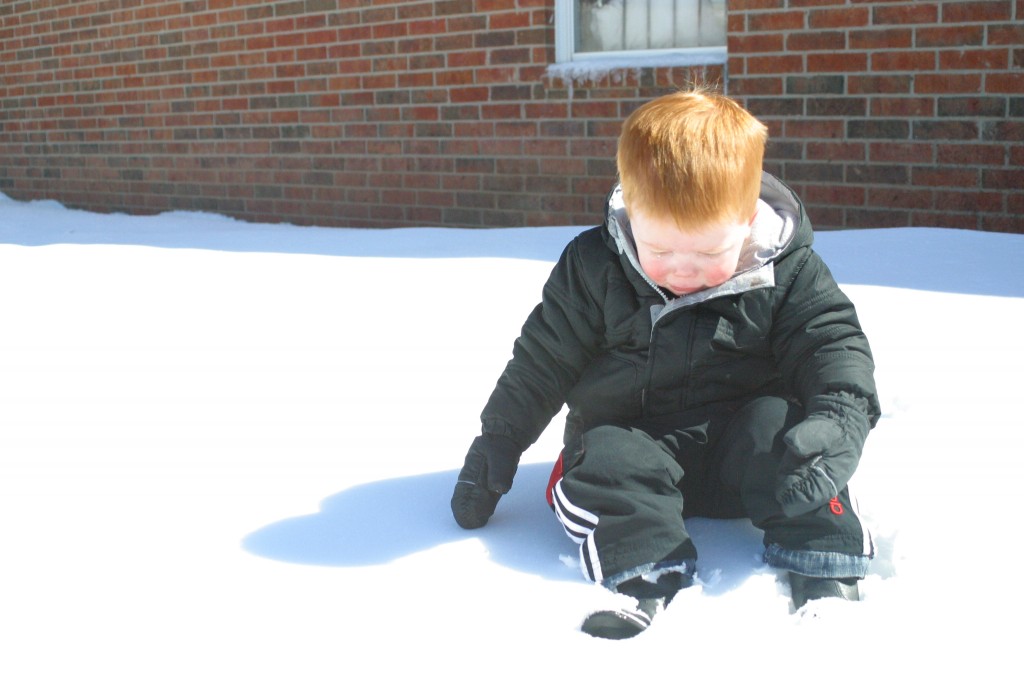 Or falling on to his bottom. 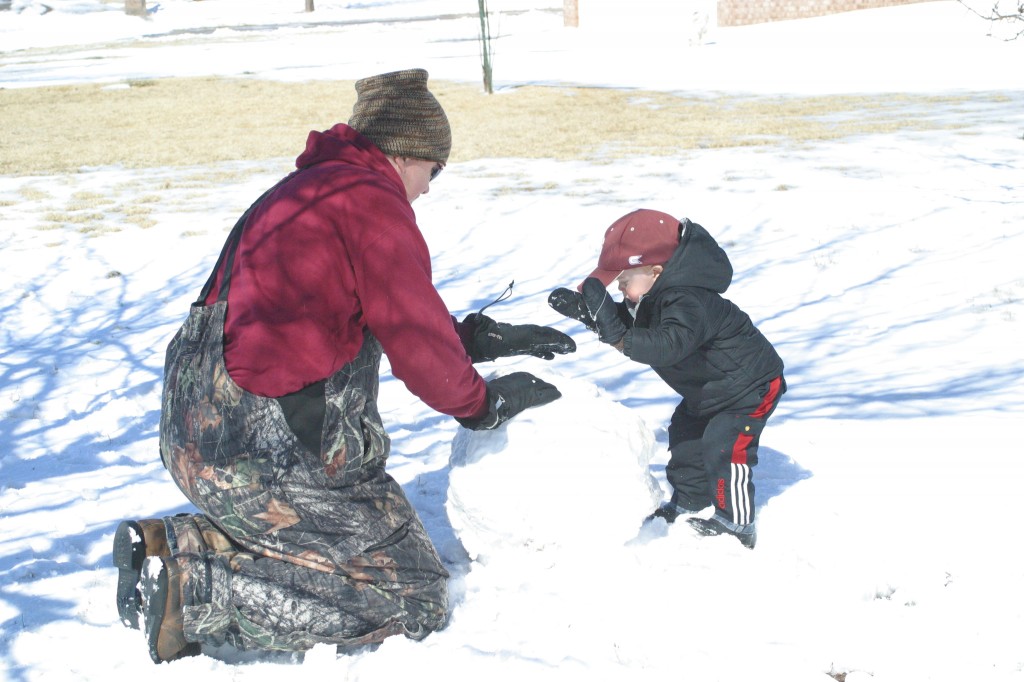 He did have a few moments where he paused from his tears to help daddy with the snowman. 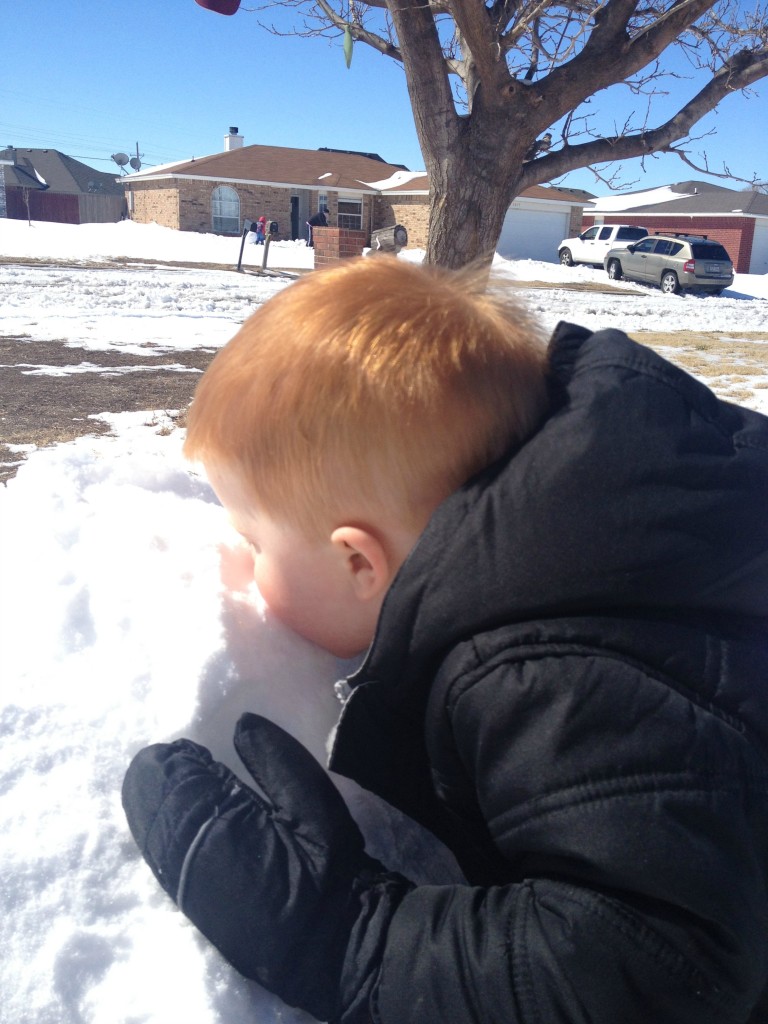 And to have a “snow bite” as he likes to call it. 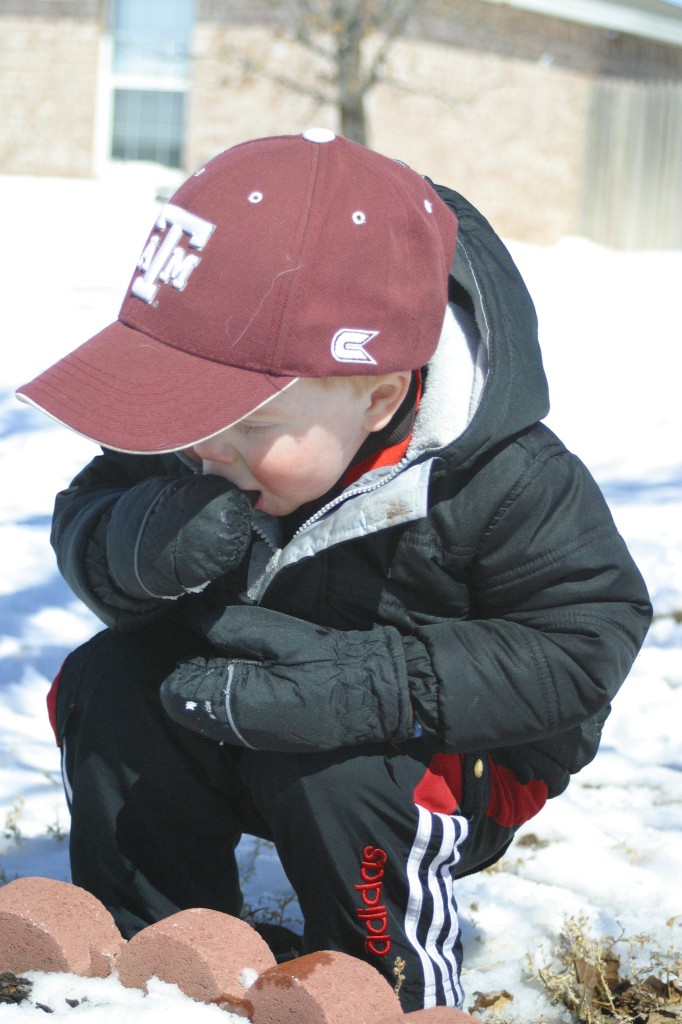 And of course, an outside adventure wouldn’t be complete without a bite of dirt.

Whoops! (thankful for a soft landing!)

(And here I am, the stellar parent taking pictures of my crying child…)

Don’t be a mommy hater.  I snapped my picture and quickly came to his rescue. 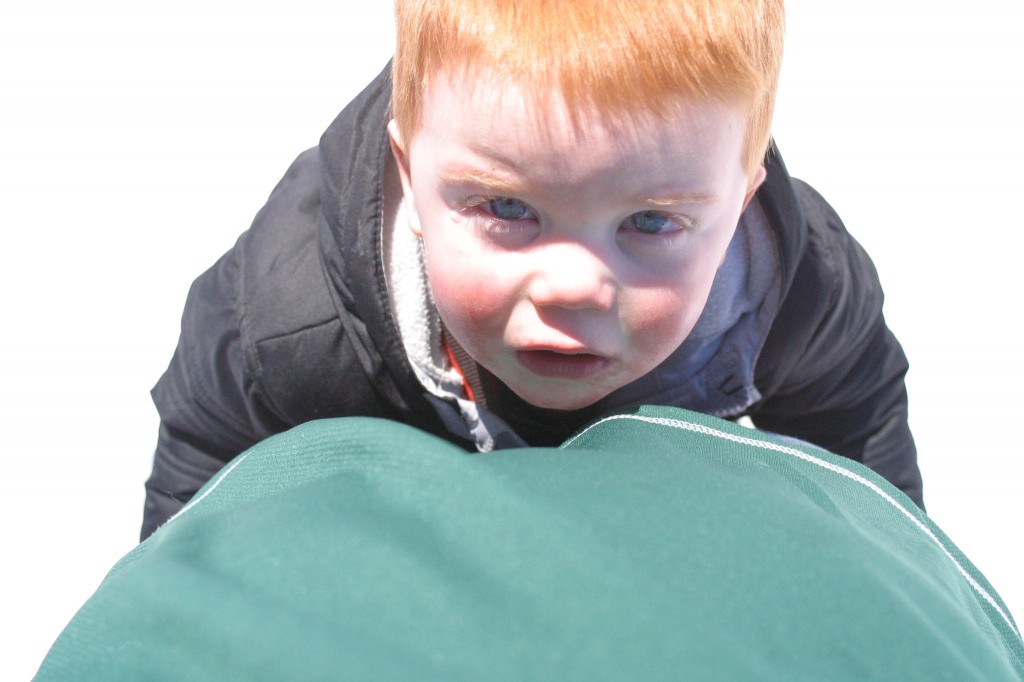 Mom, please take me inside! I’ve had enough of the snow.

So we took our pic with our finished snowman and went inside.  And then E promptly had a meltdown because he wanted, in his words, “More snow!!! Outside!!! Play!!! Snow!!!!”

Oh wait.  You’re two.  You always confuse me.  But I love you with all my heart!

Even if you love snow, hate snow, then love snow again. 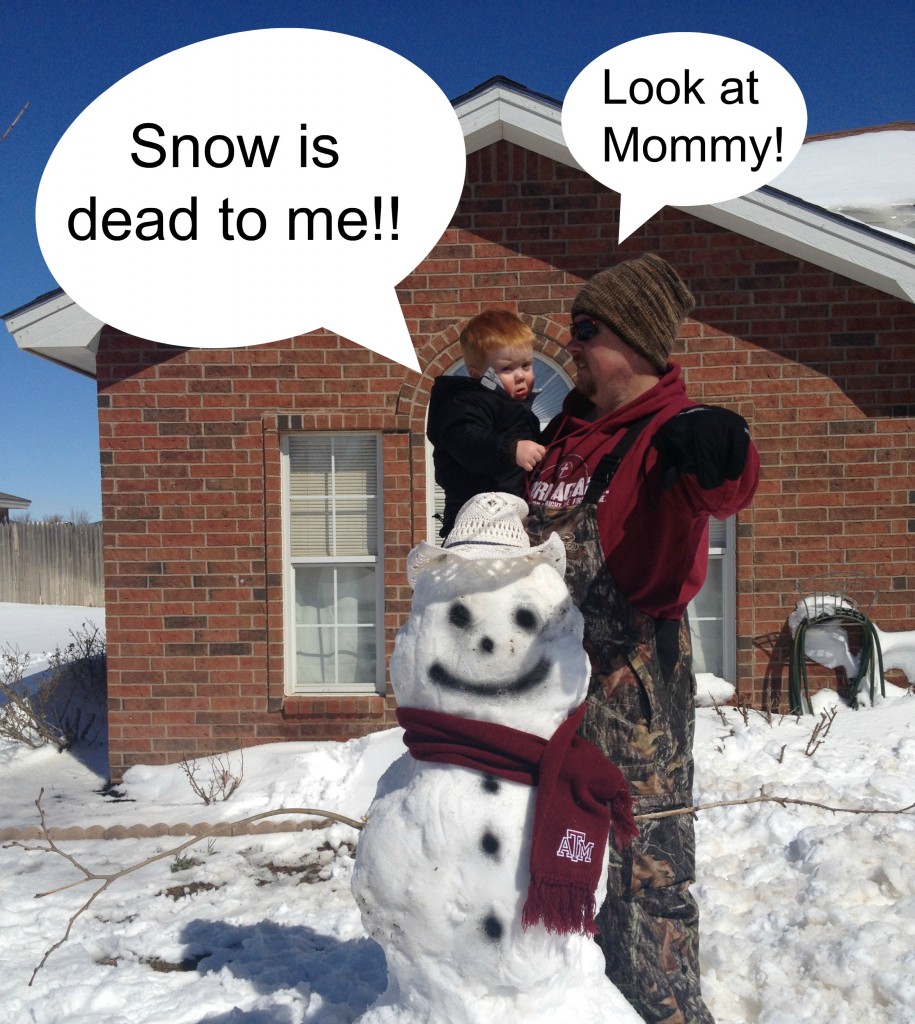 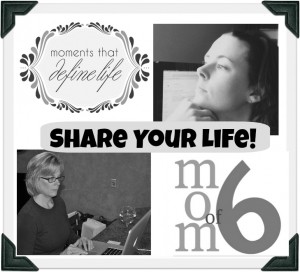