Disclosure:  I was not financially compensated for this post.  However, I received a Kin Pal for free from Kinpal.org for review purposes. The opinions are completely my own based on my own experience.

For the past 7 years, I have lived 850 miles away from my family.  It was one of the hardest things I experienced in my entrance into adulthood.  But I learned to adjust.  I learned how to live on my own and gradually it became easier.  Thanks to webcams and ipad’s facetime, 850 miles feels like its not quite that far.

3 years ago while living away, we decided it was time to start a family.  And a little over 2 years ago, E was born.  I always thought I would go back to Missouri before I had kids.  But sometimes God has different plans.  He has provided for us and made it so we can go back to see my parents every 6-8 weeks (we are actually in the middle of nowhere Oklahoma driving to Missouri as I type), as well as using webcam and facetime to see them.  Thankfully, because of these things, E has a very strong relationship with his grandparents.  And that is so important to us!

Recently, I found another tool that helps make the distance seem like so much less.

I’d like to introduce you to Kin Pal, a  super cute, soft and snuggly puppy dog. 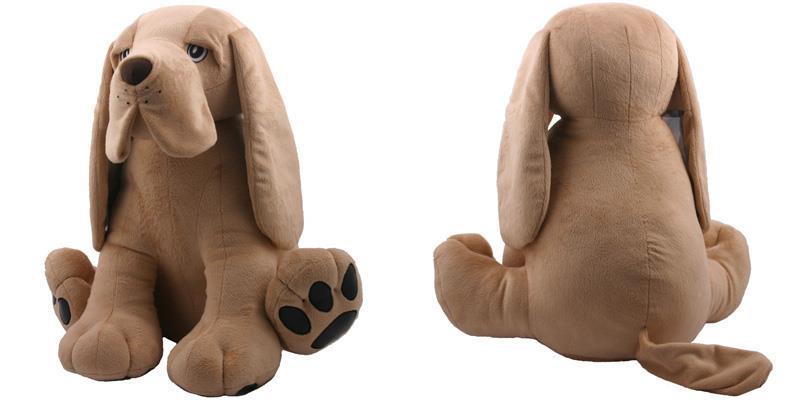 As a parent, sometimes I feel slightly bombarded with the amount of stuffed animals my kid has.  But this stuffed animal is different. I, for one, can’t get over how cute he is! Look at those hound dog eyes!!!

It was created by Jason Goike in 2011 when he decided he wanted to find a way to better connect his daughter with her long distance grandparents.

What makes the Kin Pal special is its big floppy ears.  In each ear is a sleeve that fits a 4×6 picture.  Put in a picture of Mawmaw and Papa and walaah! A snuggly way to stay connected with those far away loved ones. 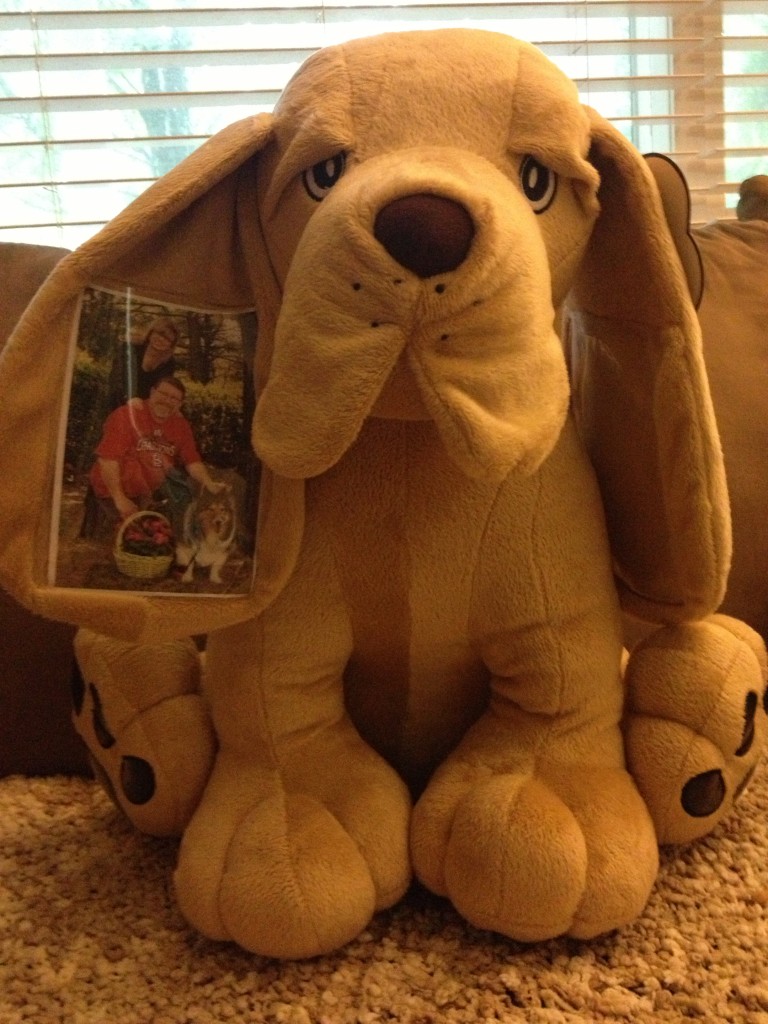 When our kin pal arrived, E couldn’t contain his excitement.  He loves big puppy dogs, considering we have a 75 lb husky.  I had taken it out of the box during naptime, intending to give it to him when he woke up.  After he woke up,  he happened to find the Kin Pal before I could give it to him.  Next thing I know, he’s bringing it into the kitchen, excitedly hugging Kin Pal, and all I heard for the rest of the day was “BIG PUPPY DOG!” while he carried the same-size-as-him puppy dog around the house.

Not only is Kin pal a great playmate, he’s an excellent snuggler! 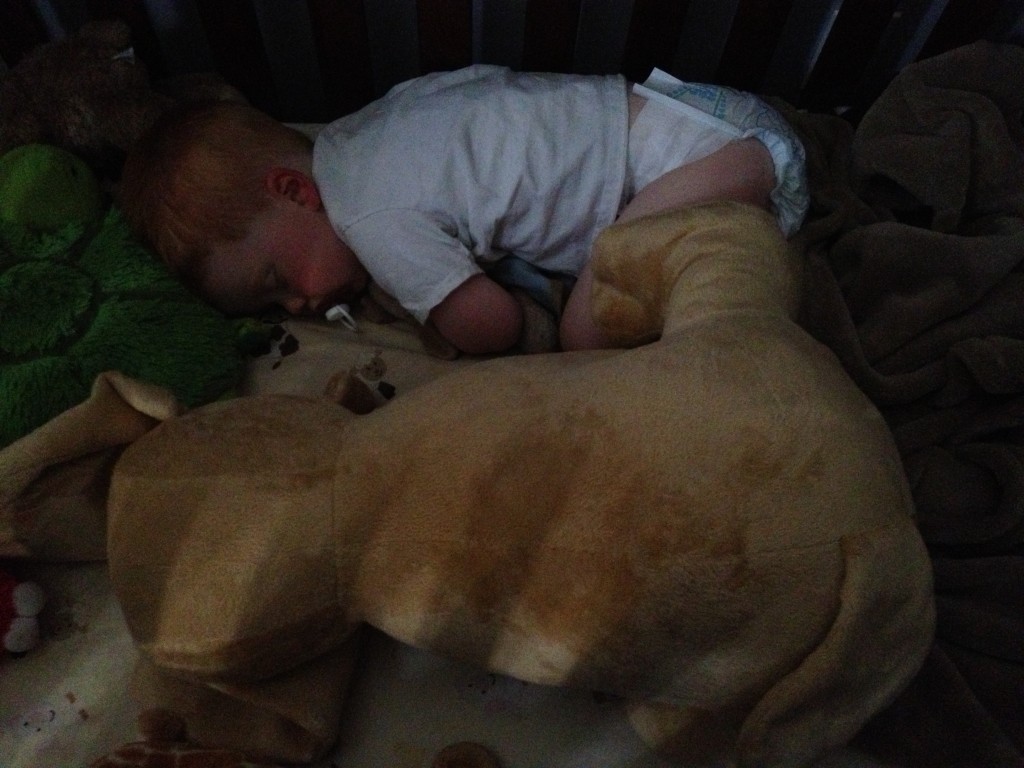 E already sleeps with 5 other stuffed animals: Her-aff (Giraffe), Momo (Elmo), Frog, Bear and Blankie Dog.  The crib is getting a little crowded!  After he fell asleep, I moved the Kin Pal to the outside of the crib, but I placed it so that it was looking into his crib.  That doesn’t last very long though because as soon as he wakes up, Kin Pal is right back in the crib.

I love the Kin Pal because not only is it cute and very well put together, but it gives us another way to stay connected with Mawmaw and Papa.  And it can even be used as an educational tool!  I just  bought some large sized toddler flash cards to help teach E his colors, numbers, shapes and alphabet.  Beginning this week, I am going to start placing a card in each of Kin Pal’s ears, swapping it out every couple days with a new color, shape, number or letter.  As any mother of a toddler knows, it is not easy to get a 2 year old to sit still long enough to have a “lesson,” which is why we have to find other ways to teach our kids.  With E and his love for dogs, I know this is going to be a great educational tool!

The Kin Pal company has generously given me a huggable Kin Pal (retail $29.99) to giveaway to one of you lucky readers and free shipping for everyone who purchases a Kin Pal.  Just use the code FREESHIP at checkout!  Plus the Kin Pals are 50% off right now!   This would be an awesome toy for any kid! It can provide comfort to kids who have grandparents far away and kids with family members that are deployed.  It can be a useful educational tool for moms like me who can’t seem to get their 2 year olds to sit still, and a huggable friend for just about any kid!

To enter the giveaway, leave a comment about why your kid needs a kin pal!  The giveaway runs until June 10th.  Good luck!!!