**This is an older post from 2012 that I recently moved over from my old blog.** 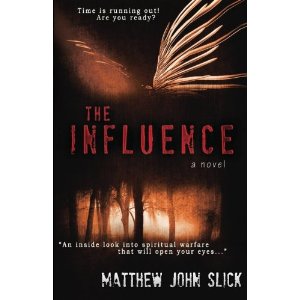 It is a story about a man named Mark and his wife, Kathy, both of whom are unbelievers.  Grieving over the unexpected death of their son, Mark, sitting in his garden, is “persuaded” by a demon to commit suicide.  But Sotare, an angel, intervenes and saves Mark.  Sotare, with permission from God, is allowed to appear physically to Mark, and the two share dialogue about God, life, death, evil, demons, and the spiritual world.  Mark is even allowed to see into the spiritual world, despite not being “one of ours” as Sotare describes him.

Throughout the story, we are watching Mark and Kathy interact with other characters/each other and at the same time, we are seeing what is happening in the spiritual world, although our main characters are oblivious to the demons trying to harm and manipulate them. I love how this fiction book was able to portray christian theology, in particular, spiritual warfare and salvation.  In the final chapters, I was crying my eyeballs out, and not because of sadness, but because of Christ’s grace for us.

I was certain after reading the Hunger Games that it would take time to find another book that was a page turner.  But within the first few pages of reading this, I was hooked and didn’t want to stop!